What Happened After We Launched the Text HAITI Campaign

We've come a long way, but there is still a long road ahead. I want to share our experience working on the Text HAITI relief campaigns, and share what we have learned then and now.

It was a Tuesday afternoon, a little after 5:30pm on January 12, 2010 in Denver. I was heading out of the office when I saw our Operations Manager.

“Hey! What are you still doing here?” I asked.

“I just got a call from Jimmy. I guess there was an earthquake in Haiti. I’m going to spin up a keyword real quick then I’m out of here” he replied.

As 2018 comes to a close, we are taking time to reflect on all the good that happened this year.

Welcome to part two of our donor retention series. Miss part one? Get it here!

Earlier this year, NPEngage posted a great article with 12 tips from experts in the nonprofit industry. If you haven’t already, we highly recommend checking out the article, it’s full of excellent advice on how every nonprofit can do a better job of retaining donors.

We loved the article so much, that we wanted to show you how easy it is to incorporate these experts’ advice into your mobile strategy. Catch up on the first four tips, and then dive into the next four tips below.

From One President to Another

From one president to another, there is something I want you to know.

Like most organizations, you have no shortage of challenges. Donations are down and attrition is at an all-time high - 61% to be exact. The latest reports show that for every 100 donors an organization gains, they lose 105. Those are some pretty shocking numbers! Leaders such as yourself are being asked to creatively combat these challenges with innovative solutions. In order for your organization to see continued success in mission delivery and fundraising, you must move in the direction of your donors and program beneficiaries. Fortunately, the answer is right in front of you.

The Wireless Industry- An Example of Working for the Common Good

At a time when collaboration sometimes seems in short supply, we wanted to highlight the example set by the wireless industry, who have been coming together for 30 years now, to create and preserve the common ground of  the wireless system that is now so central to all aspects of our daily lives.  The wireless industry’s achievement is proof that collaboration among rivals is not only possible but that working together can truly benefit the world.

You Don’t Need a Hurricane to Use Mobile

Of course you’ve seen the appeals for text donations after disaster strikes. They rang out after Hurricane Sandy. And they were issued for other disasters too, like the earthquake in Haiti, or the recent floods in Colorado. No doubt you’ve heard how effective those appeals can be.

What you might not know is that mobile can be just as effective for non-disaster related causes as well.

Your Latest mSpiration- Quick mobile ideas to mSpire your nonprofit organization to change the world one text at a time.

Are we ready for the world of 2030? How can we make a lasting impact on our world now through social good and technology that will secure a brighter future?

One Movement, Three Ways to Give

mGive Is Now a Certified B Corporation

Since our inception in 2005, mGive has been focused on delivering products and services to allow our customers to create social change through the mobile device. Additionally, our practices and products are not only impacting avenues for social good, but encourage a smaller carbon footprint and support going Green. As our goal of having a strong social and environmental impact continues to grow, the idea of becoming a Certified B Corporation fell into suggestion. As of early February 2011 this suggestion became a reality. We here at mGive are pleased to announce that we are now a Certified B Corporation.

So you may be asking yourself, what is so special about becoming B Corporation Certified? Well, Certified B Corporations must meet rigorous, independent social and environmental performance standards. They are creating greater economic opportunity, strengthening local communities and preserving our environment. B Corps are unlike traditional businesses because they meet comprehensive and transparent social and environmental performance standards, meet higher legal accountability standards, and build business constituency for good business.

The B Corporation Certification has also extended from the doors of mGive to our parent company, Mobile Accord. Both organizations are proactively dedicated to using the power of business to solve social and environmental problems and with our newly achieved B Corporation status, this is yet one more step in the right direction.

“Secretary of State Hillary Clinton has a theory. For diplomacy to work outside embassy walls and state department dinners, you have to reach out to the people. One powerful way is through their cell phones. The state department has enlisted the help of a Denver company called Mobile Accord to do this,” said Colorado Public Radio’s Ryan Warner, host of Colorado Matters.

James Eberhard, chairman and founder of mGive and its parent company Mobile Accord, was featured in a segment of Colorado Matters titled Colorado Firm Aids Digital Diplomacy which aired on Colorado Public Radio last Friday. The segment featured a discussion between Eberhard and Warner regarding Humari Awaz, “Our Voice,” Pakistan’s first free mobile social network established by Mobile Accord, the U.S. State Department and Pakistan’s Ministry of Information and Technology. The broadcast also highlighted the crucial role mGive and Mobile Accord played in raising money for the earthquake victims in Haiti.

Launched in November 2009, the Humari Awaz program enables Pakistanis to build mobile-based networks that effectively allow the sharing of real time information across a nation. Powered by Mobile Accord, the network was established to link friends, families, and a range of other users - from farmers and resellers who want to share market prices, to businesses that wish to communicate with their staff on the road, to news outlets that want to share information with targeted groups. To date, the Humari Awaz program has connected over 1 million people and deployed over 350 million text messages with the U.S. State Department covering the costs of the first 24 million messages.

Additionally, shortly after receiving a phone call from the U.S. State department regarding the earthquake in Haiti, mGive partnered with the American Red Cross to provide the mobile giving platform behind the text HAITI to 90999 campaign. The unprecedented volume of donations seen during the Haitian relief effort led to the processing of upwards of 1,000 text messages per second and over $40 million in mobile donations, making the text HAITI to 90999 campaign the most successful mobile donation initiative to date.

To listen to the full interview, please visit http://www.cpr.org/#load_article|Colorado_Firm_Aids_Digital_Statecraft_.

Resources to Mobilize Your Organization 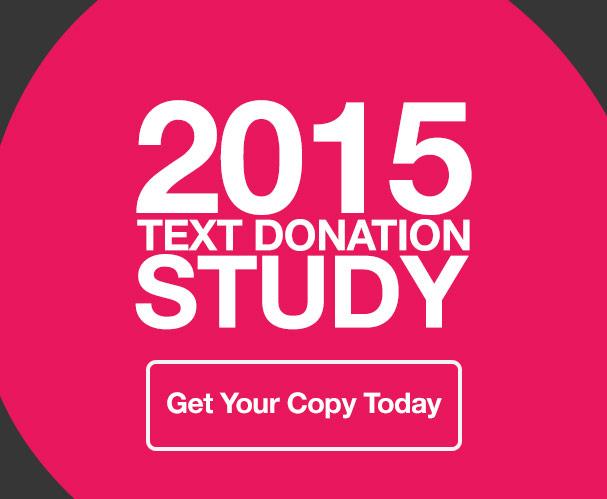